There are no changes proposed to the PSLE or Primary School leaving examination for now. However, the Education Minister Mr. Heng Swee Keat said that the ministry will be focusing on the secondary and post secondary levels in the second half. The PSLE will be tweaked only after successful implementation of the first phase of the plan. 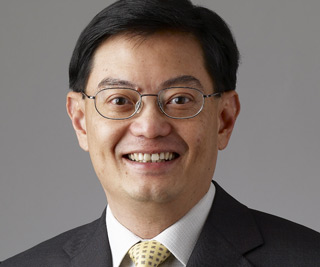 Let’s read about these proposed changes in detail.

The main purpose of these changes is to increase the standard of education and level of understanding at the post secondary and secondary levels. There are many tuition agencies in Singapore that will be willing to offer secondary school English tuition. These new reforms will be proposed in the 12th session of the Parliament. On being asked for clarity on PSLE, the minster was quick to respond that PSLE will be the second priority for the ministry.

Some obvious changes that are expected to be announced will be related to the Institute of Technical Education and polytechnics. Mr. Heng also pointed out that the Ministry of Education would be closely monitoring the universities of SIM and Singapore Institute of Technology, to ensure that they abide by the innovations they have promised to deliver. Parents can seek tuition for secondary school in Singapore, by looking up the internet. It was also publicly declared that the authorities are ensuring that all secondary schools are implementing the niche programmes, uniformly across the board. This was being done to meet the target of raising the standard of education, despite the diversity in the landscapes of school.

TH Education Minster clarified that people should not feel that the PSLE tweaking has been put on the back burner; instead there are plans to integrate it along with the other proposed policy changes. Primary school tuition agencies are available in plenty in Singapore, fulfilling the needs of the parents and children. In other words, the changes proposed for the PSLE will enable its successful integration in to the mainstream education system and give it better flexibility. The Minister made these important announcements on the occasion of graduation ceremony of Singapore Polytechnic’s.

The review of the ITE is also an important agenda for the Ministry of Education, said the Minster. He said that the government was very interested in tracking the learning for life programmes that have been implement ted at the secondary school levels. It will be determined if the programme was achieving its target of empowering children to co relate academic skills with the skills to live in the real world. These programmes were introduced to aid in the nurturing of character of children.

Schools were expected to implement these changes by 2017. The main aim of these programs was to lay complete emphasis on leanings that stay with the child for a lifetime and make him a responsible and strong adult.