Now, Ravio has joined hands with local preschool in Singapore with an intention to launch an Angry Birds Playground in the city. It will be Ravio’s fourth such playground globally with last one inaugurated in China last year.

Behind it lies the Angry Birds Playground educational concept for children aged between three and six. The concept is based on the Finnish National Curriculum that is claimed to be one of the world’s best education systems.

The concept lays more emphasis on the association that fun and play share with effective learning; therefore, this association lies at the centre of this initiative. This shift to digital learning technologies is inevitable and for any nation, it’ll be a wise step to think of incorporating such programs that are well interwoven around games and apps full of fun. 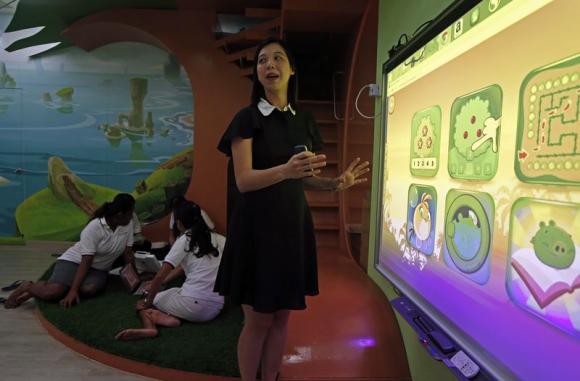 Not just mere extractions from the curriculum, but the program was developed in collaboration with the University of Helsinki, US Space agency NASA, National Geographic and CERN, the European Organization for Nuclear Research.

All those efforts sound to be pretty good for preschool kids. Although, preschool is not compulsory in Singapore, but it has emerge out as a popular choice among parents across Singapore as they believe that it’ll help their kids prepare for formal schooling along with the development of efficient social skills. As a strong hint at the rising popularity of preschool concept in the state, we can mention that 68, 000 children enrolled in 500 kindergarterns in the city in 2013. These stats are likely to rise in the upcoming time.

Now, Rovio is entering with better learning programs that’ll actually involve the kids. It’s an altogether different experience to learn in a giant indoor tree house in a classroom dotted with stuffed Angry Bird toys and matching wallpapers. The kids will play educational games on a large wall-mounted touch screen.

As an observation, the trend of hiring private tutors to extend additional assistance to the school kids has also seen a growth and a number of private tuition centre are operating across Singapore.

Similarly, parents are now showing more interest in preschool concept. So, now your kids will learn A for Angry and B for Birds in classrooms.