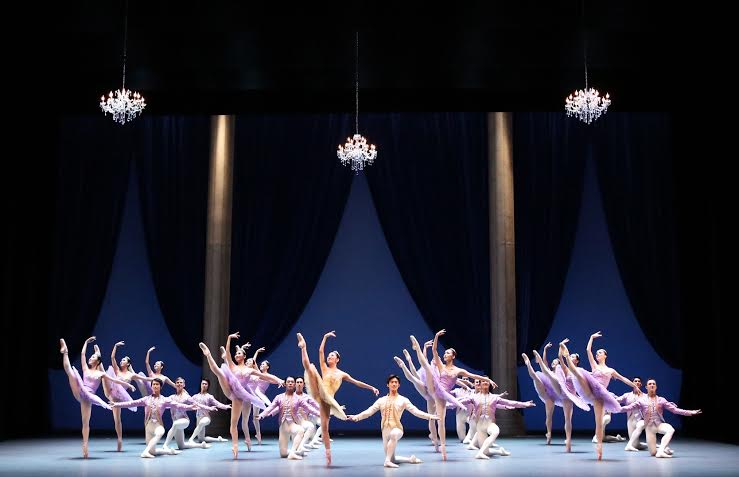 The 19th Edition of the annual Ballet Under the Stars will showcase several performances in a two weekend edition. The annual event will be organized at Fort Canning Green with the first episode from 18 – 20 July followed by the second from 25 – 27 July.

This year, seven ballets have been specially prepared for outdoor settings. According to SDT Artistic Director Janek Schergen, “with two consecutive weekends of performances, we can offer a more diverse range of repertoire to our audiences.”

The ballet that premiered in 2007 is once again here to enthrall the audience. This time around, there will 7 female and 6 male dancers on stage who will dance to fast-paced tunes.

Bittersweet by Natalie Weir is a pas de deux that will be danced by two different couples during the two weekend performances scheduled for Bittersweet.

First created in 2012, the dance has been inspired by Asian chants. Thirteen dancers will be seen repeating dance steps, just like in chants the same verses are repeated over several times.

4. Winds of Zephyrus by Edward Liang

Taking the art of dancing to an unbelievable level is the “Winds of Zephyrus,” which portrays several forms of winds through the medium of dance.

Fine points for the second episode from 25 – 27 July

First performed in 1956, Allegro Brillante by George Balanchine brings out the numerous possibilities that pure dance is inherent with. Each dance step is vigorous and performed with strong footing and co-ordinate breathing gestures.

6. Theme and Variations by George Balanchine

One of the most elaborate performances of the show, Theme and Variations by George Balanchine showcases the development of the dance lexicon of classic ballets. The culmination of dazzling choreography, spectacular costumes and soothing music will make this one the most popular evenings of the event.

Opus 25, as the name suggested, was a piece of choreography commissioned by SDT for celebrating their 25th anniversary. Specially choreographed by American composer, Michael Torke, this dance form portrays the development of the organization over the past 26 years.