The unbelievable accomplishments of a few young music talents in Singapore have brought the nation on the international stage. They have not only won various competitions but have also made international classical music media sit up. 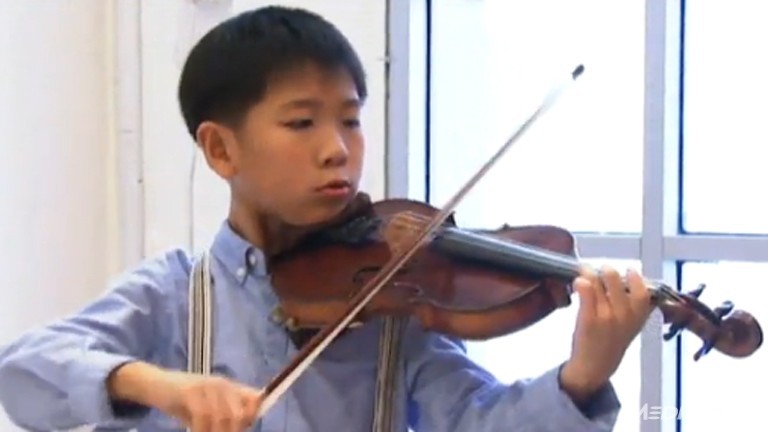 Samuel Tan is being recognized as Singapore’s latest child prodigy. An award-winning violinist, Samuel is just nine-year old. Speaking to a journalist, he stated that he began playing violin before he turned 3. He said he loves to play the instrument as he finds the sound of violin very nice as it sings beautifully.

In a recent Postacchini violin competition that was held in Italy, Tan again proved his unbeatable talent by winning in this category. Surprisingly, he defeated veteran contestants as old as 35 years of age.

Samuel received a handmade Postacchini violin as his award for winning this competition.

In an interview, Samuel stated that he did not expect to win the competition and that he was extremely happy with the results.

Winner of the recent national round of the Steinway Youth Piano competition, Nicole will be representing the nation in the next Asia Pacific final.

Beginning her career under strong parental guidance and true passion for her hobby, Nicole feels that she can communicate her innermost feelings and express her deepest emotions by playing the piano.

At such a tender age, Nicole has mastered the art of balancing her music and studies.

During an interview, Nicole stated that she’s in the gifted education program at Raffles Girls’ Primary School, and as such she has a lot of homework and project work to do. so, usually when she comes back from school, she tries to finish off her homework first and only after that she practices her piano.

Both the musical prodigies – Samuel and Nicole – have proved that true passion is the key ingredient in creating a musical genius.