The success of the Singaporean education system is no more a secret. There are nearly 365 schools, inclusive of the primary schools, secondary schools, junior colleges, and others. The best part about the education system here is that it allows students to select their own path. They are free to choose from a specialized school, an integrated program, some specific institution or a normal secondary school. Leaving behind 75 regions and countries, Singapore leads the world of education according to the Organization for Economic Cooperation and Development (OECD). 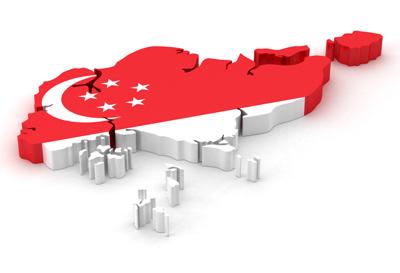 Let’s have a sneak peak at the achievements of the education system in Singapore:

Singaporean students are not just mere rot learners. Rather, they are potent enough to compete with students from 43 other economies and emerge 1st, scoring 562 marks in a problem-solving test, which was conducted by the Programme for International Student Assessment (Pisa). This was highly appreciated by the Prime Minister Lee Hsien Loong too.

The same organization (Pisa) conducted an assessment in 2012, to measure how good the students perform in subjects like math, science and reading. Its focus was to check their capability in solving the real-world problems. Well, the Singapore teens gave their best and scored second rank in math, and third for reading and science. This contest is held once in three years and in 2012, nearly 65 economies participated with 510,000 students in total.

The highest ranking and top scores are a resultant of the students’ effort, which they make at schools and even at home. Yes, Singaporean students bagged the third position in spending the longest time working on their homework. The 15 year-old students here devote 9.4 hours according to the report submitted by OECD last year.

Not just the schools, even the university level institutions are not far behind. Coming third best in the world, the National University of Singapore (NUS) (for the civil and structural engineering course) proved it right. The education consultancy Quacquarelli Symonds (QS) declared this in April this year. Apart from this, NUS was also ranked the best for 21 subjects across Asia.

Singapore proved its leadership in education with an exponential improvement in scores at the International Mathematical Olympiad (IMO). It started in 1988, and since then has shown significant improvements with the passing years. The best was in 2011, when more than 100 countries participated and the country came third.

Thus, these factors make Singapore achieve the number one rank in the world’s most comprehensive education rankings